Joost Schouten was a Dutch East India Company factor in Japan. He wrote a famous description of Siam that was published in the seventeenth century. In his 1629 letter, he expressed frustration with the Company’s failed attempts to seize control of the deerskin trade. His particular focus was the head of the Japanese, Yamada Nagamasa, whose success in monopolizing the deerskin trade reduced opportunities for the VOC. 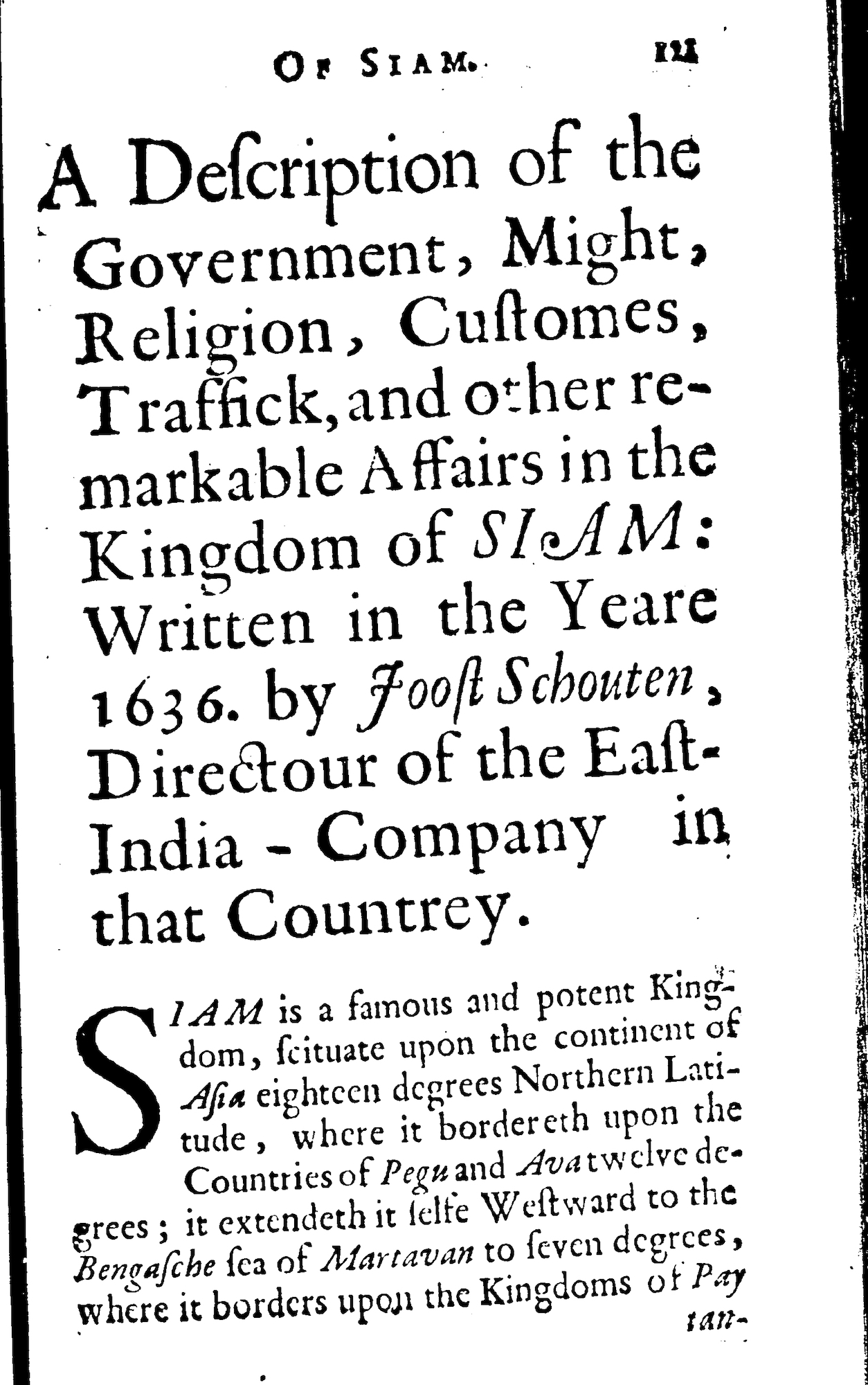 Most years two or at least one [Japanese] junks arrive together with the junk of the Opra or head of the Japanese in Siam … The Opra with good fortune through the capture of the galley of Don Fernando de Silva, the success of his voyages to Japan and now through the succession of the current king has grown greatly in wealth and strength so that now with his or others capital he can send his junk with 3000 piculs of sapanwood and 50,000 deerskins to Japan, which will go along with two smaller Japanese junks … If he succeeds, not only will he pull the trade to him, but it will also cut off the Company’s attempts to resume trade.