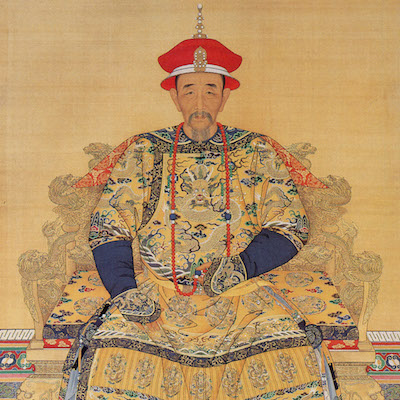 The Kangxi emperor was second Qing emperor to rule over China proper. He ruled for multiple decades from 1661 to 1722 during which time the Qing solidified their hold over China. Although the Qing were at war with the Zheng, they settled over time into an uneasy tolerance of the Zheng state on Taiwan. After talks failed, the new Kangxi Emperor, faced with the far greater challenge of domestic consolidation, opted to cease immediate hostilities. Until the Rebellion of the Three Feudatories broke out, then, the two sides were largely at peach with each other. Zheng Jing’s move onto the continent sparked a period of intensive conflict that ended up in the defeat of the Zheng. The Kangxi emperor oversaw the final conquest of Taiwan in 1683.