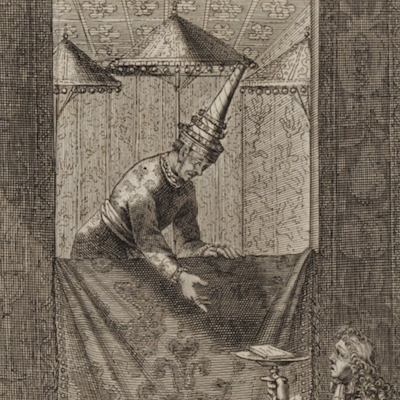 King Narai (r. 1656-88) was an influential Ayutthayan ruler who remained in power for over three decades. A highly active figure in global diplomacy, Narai welcomed multiple foreign embassies including an ambassador from Zheng Chenggong (Koxinga) in 1662. Siam became the site of a ferocious competition over the deerskin trade. In contrast to other parts of Southeast Asia where the struggle was between two foreign parties, King Narai attempted to secure the profits of the lucrative deerskin trade by sending royal junks manned with Chinese sailors directly to Japan. The result was a conflict with the Dutch East India Company, which resisted the move. In 1663, the VOC decided to blockade the coast to secure its hold over the trade. By 1664, with long-distance commerce at a standstill and two richly laden Siamese ships in company hands, the court retreated, confirming Dutch control over the deerskin trade via a treaty. Despite this treaty, Narai continued to dispatch ships to Japan. By the late 1660s, the king was back in the deerskin business, leaving the VOC with little recourse unless it wanted to stage another expensive blockade.