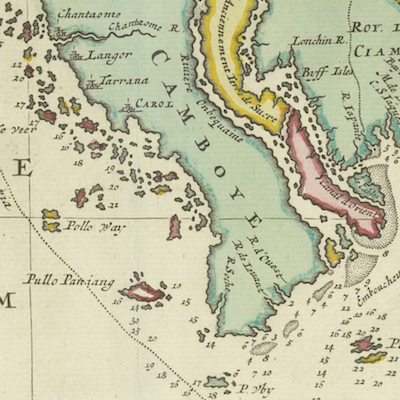 Paramaraja VIII (Barom Reachea) ruled from 1658 to 1672. He attempted to expand overseas trade and opened negotiations with the Dutch. This resulted in a new treaty signed between the VOC and Cambodia in 1665. The treaty, which handed over rights to the deerskin trade to the Dutch, generated immediate resistance from Chinese merchants trading in Cambodia. In a petition to the monarch, they argued that they had already invested considerable sums in that year’s trade and hence must be granted at least one third of the deerskin trade. The arrival of Piauwja, a Chinese maritime commander affiliated with the Zheng maritime organization, created further conflict and placed Paramaraja in an impossible position forced to navigate the competing demands of two maritime powers, the VOC and the Zheng. The difficult situation was compounded by political instability within Cambodia itself which was subject to domestic turbulence and outside interference.