Letter from Peter Nuijts to Batavia

Letter from Peter Nuijts to Batavia 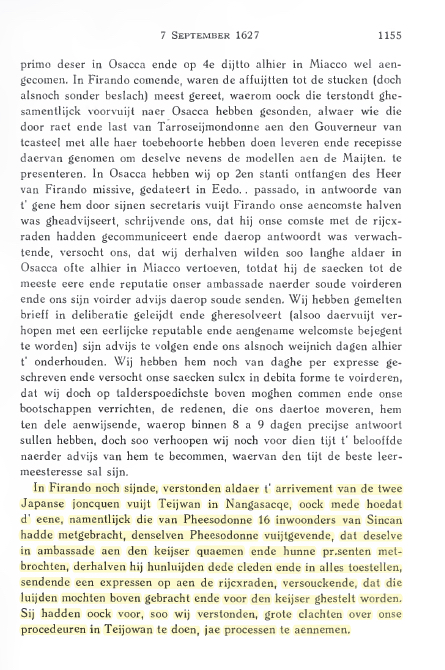 “In Hirado, we have learned of the arrival of two Japanese junks out of Taiwan in Nagasaki, and that Pheesodonne (Suetsugu Heizō) has brought sixteen inhabitants from [the village] of Sinkan. The same Pheesodonne gives out that one of these is an ambassador come to see the emperor [shogun] with presents. He has provided them with clothes and has sent an express messenger to petition the councillors [in Edo] that they will be brought there and allowed to see the shogun. They have also, we understand, made great complaints about our procedures on Taiwan.”