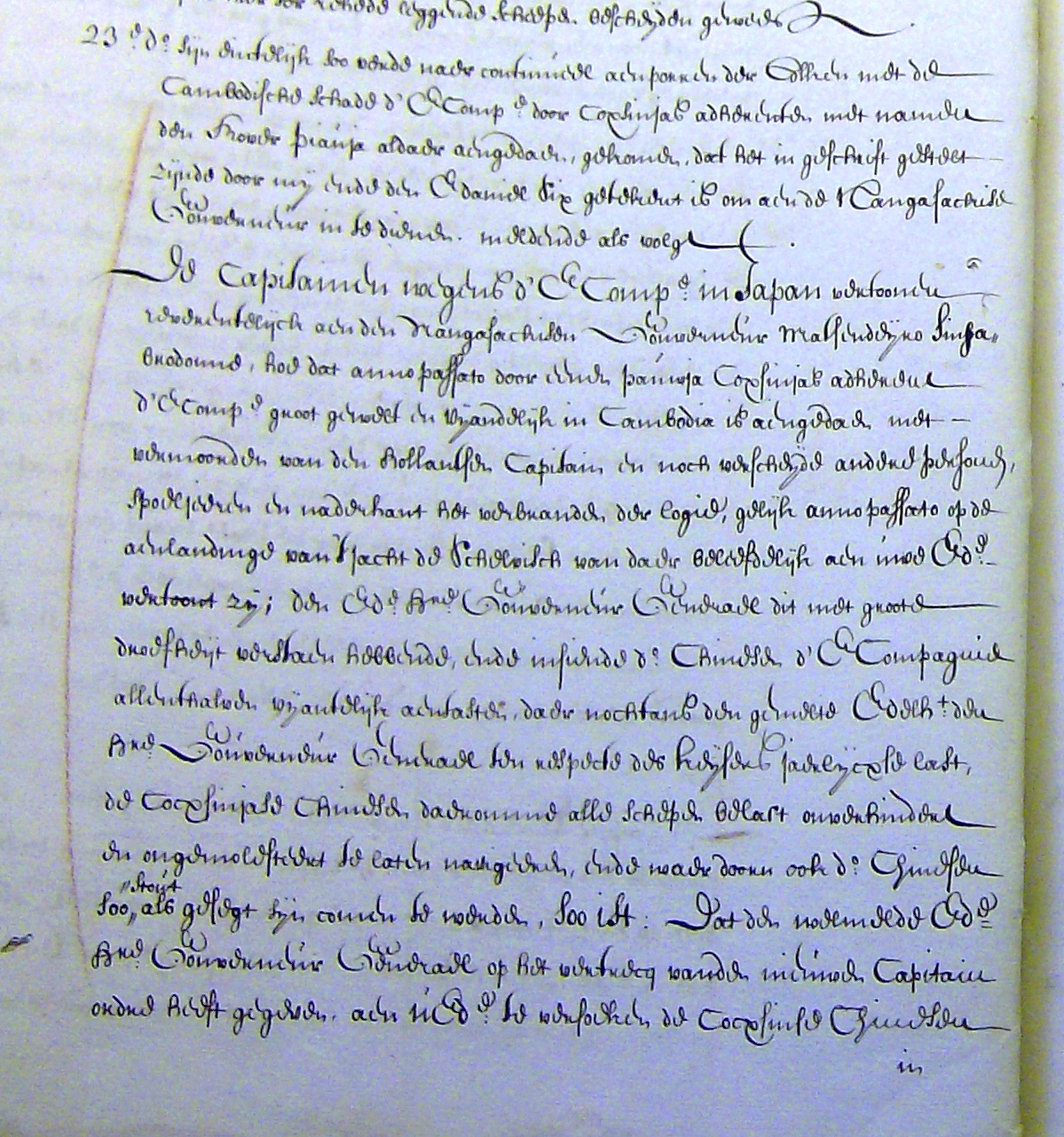 The captain of the Company in Japan reverently informs the Nagasaki governor, Matsendeyro Sinsabrodonnem [Matsudaira Jinzaburō松平甚三郎], that in the previous year the Company has been done great violence by Piauwja, who is a follower of Coxinga, in Cambodia. This included the murder of the captain of the Hollanders as well as a number of other people, the plundering and subsequently the burning of the lodge. This was respectfully informed to Your Honor after the arrival of the ship Schelvis last year. The Governor-General has learned this with great sorrow … So the Governor-General has given orders to the new captain when he departed [from Batavia] to ask you to [order] compensation [vergoedinge] from the Coxinga Chinese in Japan for past damages, abuse and arrogant scorn … We include a specification of the goods which have been plundered.