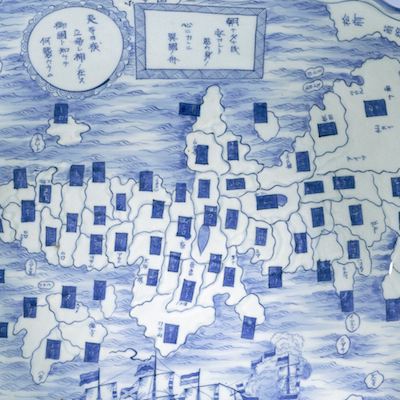 Whereas the Qing state was dominated, in this period, by powerful emperors and a centralized bureaucracy, the Tokugawa system looked very different. This fact is crucial to understanding the role that Japan played in early modern circuits of diplomacy and trade. The Tokugawa shogunate or Bakufu, as it is known in Japanese, came to power in 1600 after a century of endemic conflict during the Warring States period. The Bakufu was the central government of Japan in this period, but it also shared power with over 250 semi-independent domains who retained their own armies, territories, castles and, to some degree, legal systems. The Tokugawa did exert direct control over foreign relations via their representatives in Naagsaki but they also outsourced key relations to maritime domains like Satsuma and Tsushima. Although the Tokugawa moved to channel and restrict trade, the Japanese state remained a vital actor in seventeenth century Asia even after the promulgation of maritime restriction edicts in the 1630s. This was in part because of the size of the Japanese marketplace which meant that armed maritime powers like the Zheng and the VOC both competed for access to Japanese ports.