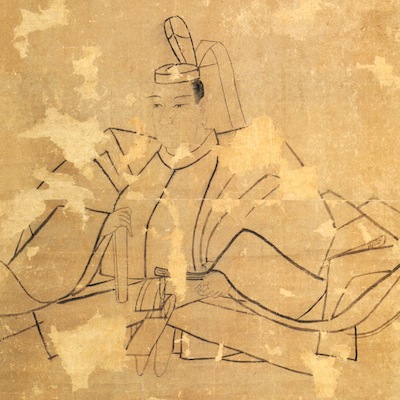 Tokugawa Ietsuna was the fourth Tokugawa shogun. He held the office from 1651 to 1680. He came to power as a child and his tenure was dominated by high-ranking officials who exerted day to day control over the administration. He was far less politically significant than his three predecessors, Ieyasu, Hidetada and Iemitsu, who succeeded in crafting a Japanocentric world order. The arrival of foreign embassies, some voluntary, others brought by force, enabled the Tokugawa to piece together a new Japonocentric political order. Sometimes called the Japan-centered civilizational order (Nihon-gata kai chitsujo), the Tokugawa model was adapted from the Chinese system, but reconfigured to place Japan and the shogun at the center as the locus of civilization (ka) surrounded by rings of increasingly barbaric (i) states.