The VOC and the Zheng

East of the Cape of Good Hope but also in and beyond the straits of Magellan, those of the aforementioned Company shall be allowed to enter into agreements and contracts with princes and potentates in the name of the States-General of the United Netherlands. They may also build fortresses and strongholds, appoint governors, armed forces, officers of justice and officers of other necessary services in order to preserve these places and maintain them in good order.

This statue of Zheng Chenggong was erected by the Fujian government in 2004. 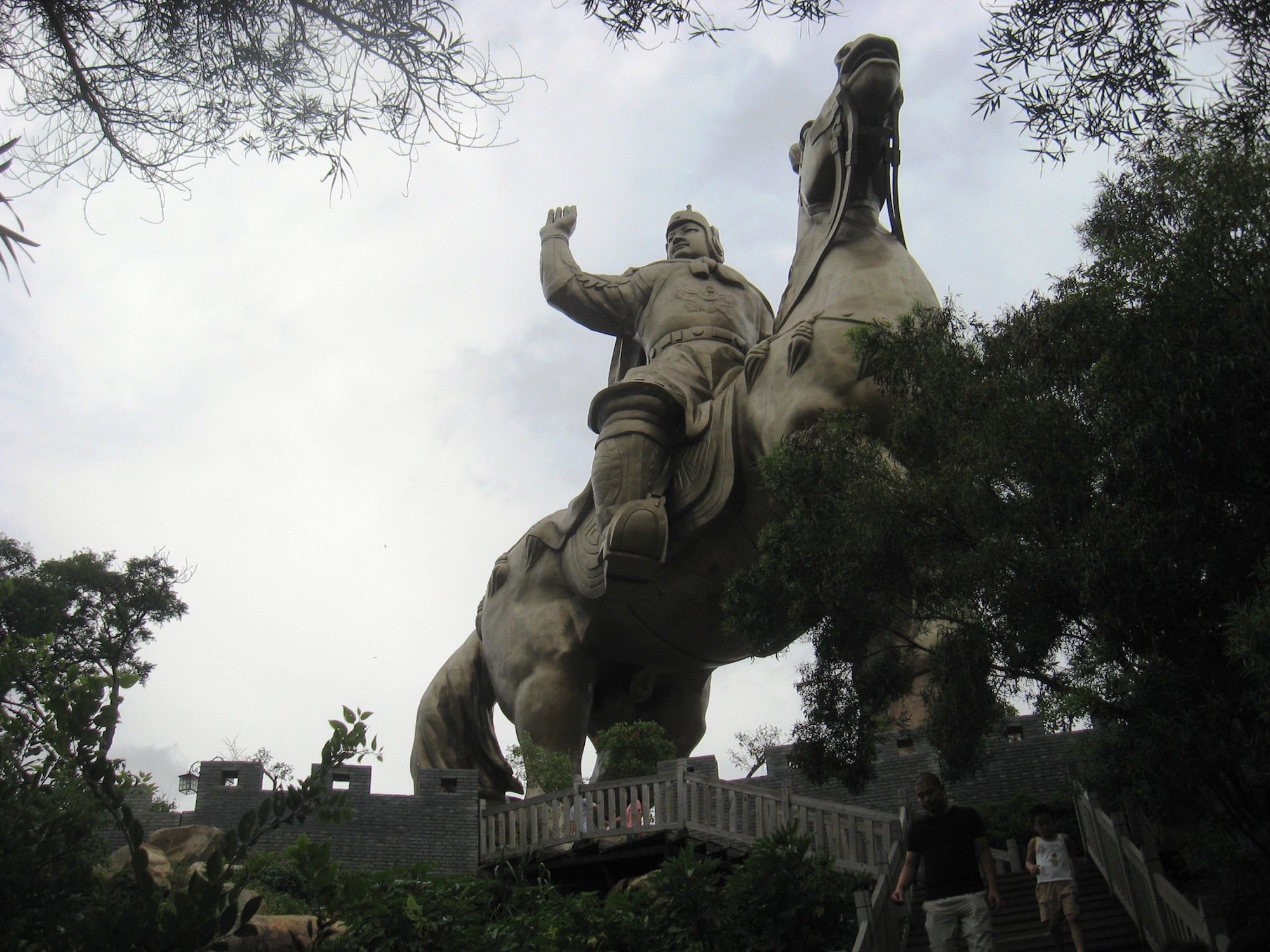 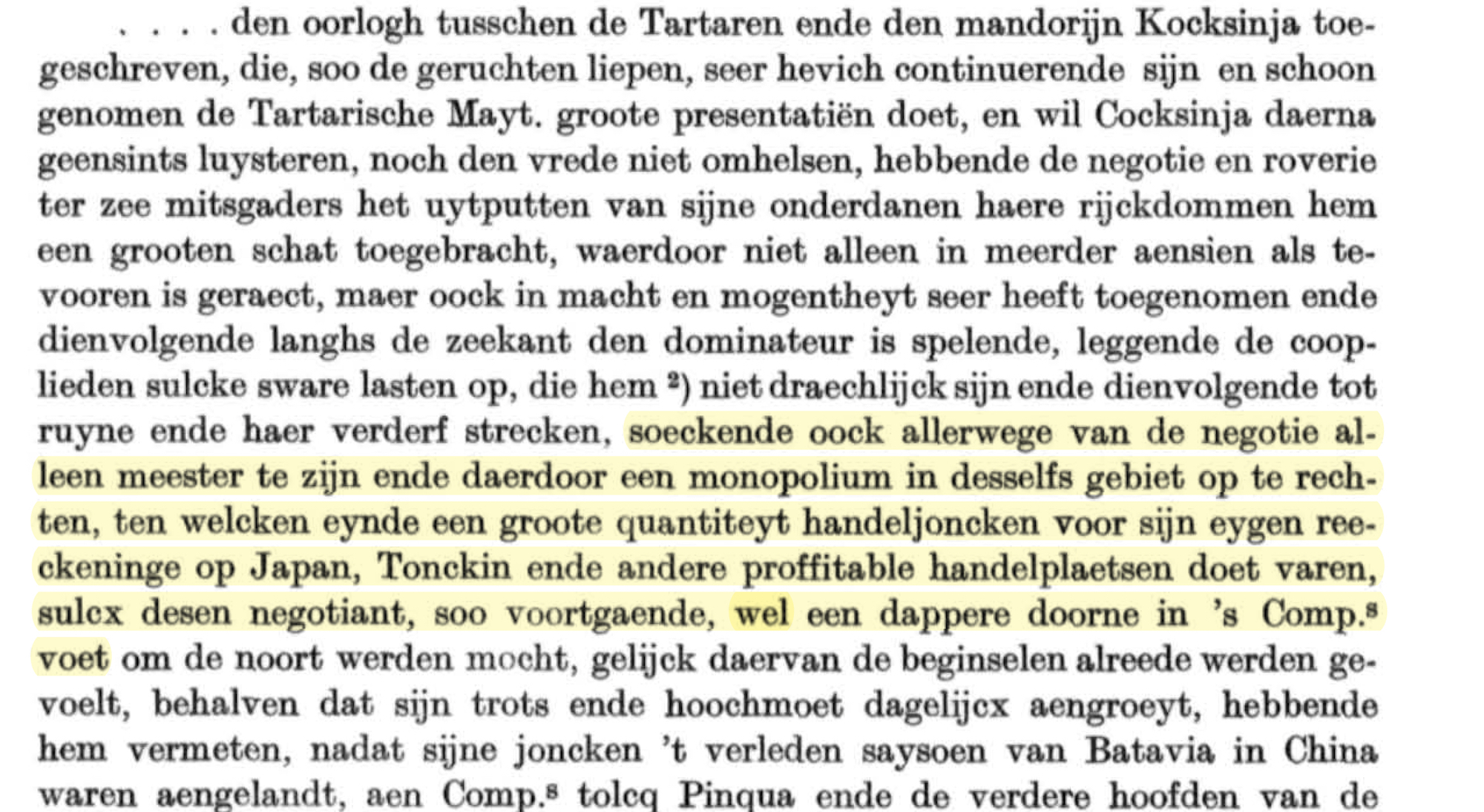 His strength and power is greatly enlarged and he is dominant along the seacoast. . . . He seeks in all ways to become master over the trade and to create a monopoly. To this end, he sends many trading junks to Japan, Tonkin and other profitable places.

The Dutch East India Company (VOC) and the Zheng organization were two formidable maritime enterprises that competed to dominate the sea-lanes of East and Southeast Asia. They co-existed uneasily for decades but after the Zheng invasion of Taiwan in 1661 they came into direct conflict with each other. Although these organizations were very different, they shared similar ambitions which made confrontation inevitable.

The Company as Hybrid State

Although there is an ongoing tendency to treat the VOC as an essentially commercial organization focused primarily on trade, it was always a composite body that pursued a route to profit that ran through the expansion of Dutch power in Asia. This feature can be traced back to the company’s foundational document, the 1602 charter, which gave the new organization a suite of effectively sovereign powers, including the right to conduct direct diplomacy, the right to maintain military forces, and the right to seize control of territory by building fortresses and strongholds. Because it combined the attributes of both corporation and state, the Dutch East India Company operated from the beginning as much as a political and military actor as a purely economic one. Jur van Goor, a prominent VOC scholar, calls the company a “hybrid state: run as a business concern but acting like a kingdom.” 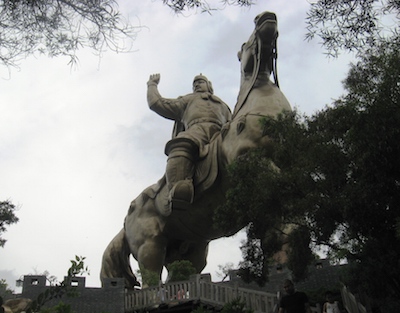 Born in 1604 in Fujian, Zheng Zhilong started his career in the Portuguese stronghold of Macao before moving to Hirado in western Japan, where he rose to prominence through a close connection with another Chinese maritime entrepreneur, Li Dan. By the 1620s Zhilong had moved his operations to the seas around Fujian, where he emerged as one of many pirate captains who prospered in the busy shipping lanes off China’s traditional maritime hub. In 1628 the Ming administration, using a well-worn tactic of charging pirates to suppress pirates, co-opted Zhilong by offering him a position as admiral. Armed with this official endorsement, he soon dispensed with his rivals and emerged at the head of a powerful maritime network, which began to compete directly with the Dutch East India Company. Zhilong’s son, Zheng Chenggong or Koxinga, was born in Japan to a Japanese mother. He emerged as a key loyalist in the long struggle that followed the toppling of the Ming regime by Qing forces in 1644. From his base in Xiamen, Koxinga waged an extended campaign against the new government, launching a series of attacks against Manchu strongholds that culminated in an ambitious but ultimately unsuccessful attempt to seize control of the former capital of Nanjing. When this failed, he turned his attentions towards Taiwan. 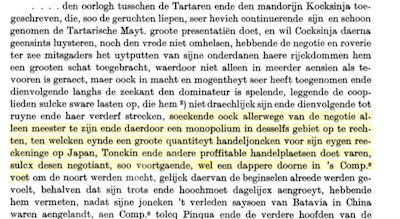 To support his campaign against the Qing, Zheng Chenggong built up an extended maritime network stretching from his base in Fujian to ports across Asia. At its peak this network represented the largest organization of Chinese merchants active in Asia and a natural competitor for the Dutch East India Company. The Zheng effectively provided unified direction and coordination for the activities of Chinese merchants throughout the region. One Dutch official summed up this rivalry when he wrote that Zheng Chenggong’s “strength and power is greatly enlarged and he is dominant along the seacoast. . . . He seeks in all ways to become master over the trade and to create a monopoly. To this end, he sends many trading junks to Japan, Tonkin and other profitable places.” The result was to turn the Zheng network into what VOC officials described as “a terrible thorn in our side.” As his father before him, Chenggong made a point of targeting the Japan trade but the reach of the Zheng organization also stretched into Southeast Asia. Because the Zheng maritime network and the Dutch jostled for control of the same markets, there was ample room for friction, and violent clashes occurred even in the absence of an open conflict between the two sides. View the Zheng Organization Graphic

The VOC in Asia

Arriving in the region determined to push its way into rich trading circuits, the VOC used the powers granted in its charter to morph over time from a maritime enterprise with only the most limited presence on land into a territorial power that occupied a place alongside other Asian states in regional networks of war and diplomacy. It did so by seizing territories like Jayakarta (later Batavia), which turned the organization into a territorial power overnight, and by constructing a sprawling network of treaties that bound it tight to a range of rulers and polities. The Company seized a string of possessions. It established an imperial headquarters on the ruins of Jayakarta in 1619, taking possession of the spice-rich Banda Islands in 1621, planting its flag on Taiwan in 1624, wresting control of the crucial entrepot of Melaka (Malacca) from the Portuguese in 1641, defeating the powerful maritime kingdom of Makassar in 1667, and finally overwhelming the port polity of Banten in 1684. It combined such campaigns with a concerted attempt to monopolize key products like precious spices and deerskins. 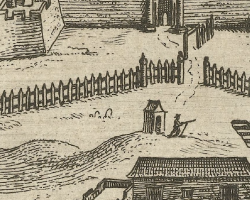 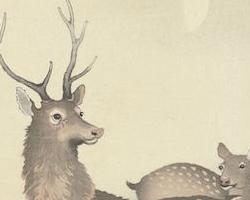 The Trade in Deerskins 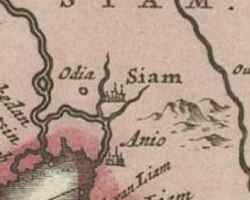 The Deerskin War in Southeast Asia