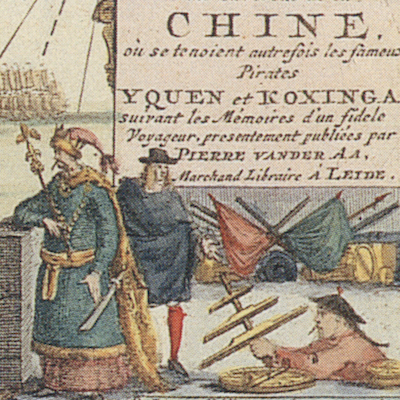 Zheng Zhilong, the founding patriarch of the Zheng family enterprise, was also known as Nicolas Gaspard, Iquan and numerous variations of these. In his youth, he learned Portuguese and converted to Catholicism in Macao. He then left for Japan and married the daughter of a samurai. He became an interpreter for the Dutch East India Company in its new colony of Taiwan, while working part-time as a pirate plundering the Chinese coast. In 1628, he submitted to the Ming and became a wealthy official. His career ended abruptly when Manchu forces took him captive to Beijing and later executed him.